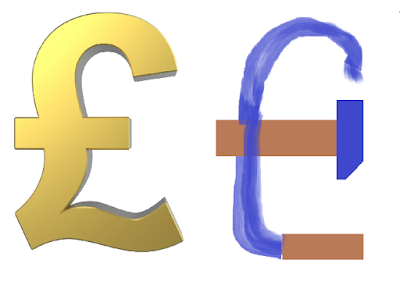 There are two kinds of socialism on the market (if one ignores the madness of millennium revolutionaries). One is the kind being touted by Jeremy Corbyn - raising workers' pay and public expenditure, without a clear idea of how to achieve it. I shall come to the second in a moment.

Opposed to it, we are told, is free-market capitalism. A good example of the propaganda for this is ex-banker James Bartholomew's "letter" article in The Spectator this week. Here young James (he is not near sixty yet) talks condescendingly to his nephew, contrasting what he saw of the rapidly advancing prosperity of Hong Kong in the 1980s with the condition of the communist countries he subsequently visited.

Of course Hong Kong prospered! It was the time when China, encouraged by a USA bent on driving a wedge between the Middle Kingdom and Russia, was given the chance to build a massive industrial economy on the basis of increasingly debt-fuelled Western consumer demand. Hong Kong was to be its showcase and middleman.* This suited the Western entrepreneurs who surfed the flood through the all-open canal locks as capital flowed East, much of it sticking to their fingers in Western tax havens and much of the rest recycled first into US Treasury bonds and then into purchases of land and businesses in America and elsewhere.

The result? The American rich became super-duper-rich and the American economy was hollowed out to the point where voting for Donald Trump seemed to the middle class a last desperate chance to stop the rot. Now the panhandlers by the roadside are not winos but people who can't make ends meet even when both partners are working.

Still, well done, the Chinese! No-one can blame them for using the opportunities they were given, especially since it wasn't they who made the most out of the arrangement - James Kynge estimated that Chinese businesses kept perhaps 15 cents of each dollar of export.

And China was learning capitalism of the original kind, the kind that made Britain rich in the Industrial Revolution: investing in factories, labour skills, infrastructure. The capitalism that made Josiah Wedgwood's fortune as a potter, that encouraged the Duke of Bridgewater to use his own money to cut a canal for transporting finished goods. Capitalism that made good profits and wages from making good products.

But there is another, more modern type of capitalism - the type that did so well out of the Chinese economic miracle for the Westerners who made deals with them. This one is like Blu-Tack: a big ball of money that is rubbed onto smaller bits, not to stick up the poster but simply to make the ball bigger and then to put it away in a drawer. The poster can flop to the ground after that; who cares?

As an example of this latter kind of predation, look at the case of Southern Cross Healthcare and NHP.  These companies - one a chain of care homes and the other a landlord - were acquired by an American private equity group that then put Southern Cross on a lease agreement requiring 2.5% annual rent increases for 35 years, floated the company so as to extract a billion in capital, and abandoned Southern Cross to its inevitable collapse and the misery of the vulnerable humanity for which it had to provide.

This kind of debt-bloat ram-raid capitalism continues and will continue, until suddenly it can't. We saw that in 2008, but the dreadful reckoning was, and is being staved off with public money, and nobody seems to know how to stop the process.

"Labour and the Tories are like a pair of corpses, stiff with rigor mortis, propping each other up," said Peter Hitchens, back in 2005. "They no longer represent the true divisions in British society, which is why Labour can win only 22% of the popular vote, and the Tories a mere 20%." His wish was for both to collapse.

Despite their vote share rising to 40-plus per cent, for various reasons, they have collapsed. They haven't quite stopped twitching, is all.

At the moment - pace the screams from Socialist Worker and Day Of Rage types - we have Giveaway Tory versus Giveaway Labour. Neither has the answer. Staring us in the face is the destruction of the Welfare State.

Instead of these gruesome bookends we need a reformed pair of parties. Both Right and Left should aim for a productively employed workforce, that can pay enough taxes to make the books balance.

Before Wilson's turn on a sixpence in 1975, he and his British Labour Party were against membership of the EEC. At the Oxford Union, Peter Shore explained how the country was losing billions annually as a result, already; behind him the sulky face of the - I think it's not too much too say - treacherous "Conservative" Ted Heath deepened its scowl.

I suspect that there were those on the Right who hoped that Europe would "sort out" the unions, blinding themselves to the harm done to our competitiveness by a business class that had failed to reinvest for decades, so that many soldiers returning from the Second World War doffed their uniforms to handle tools and machines dating to before the First World War; and goodbye, the British motorcycle industry as the Japanese listened to Dr Deming and went for quality and continuous improvement.

In any case, the Americans wanted to tell Europe what to do with one phone call, not a couple of dozen. But that was no reason for us to join the new bloc.

Yes, new bookends, please: patriotic Conservatives with an economic and investment plan for the country that will improve the lot of all the people, and Labourites who, while rightly defending the pay and conditions of the working class (including, one would hope, the self-employed), support prosperity through work rather than envious dispossession.
_______________________________

* The  "New Territories" and the rest of the colony were returned to China at the end of  the 99-year lease on the former, in 1997;  but that end was well anticipated, as shown in population movements, especially emigration:

I agree, we need something much, much better. There are innovative ideas out there which either or both major parties could promote but they seem unable to do so.

Deplorable policies are the way. They work, they're sound and they keep the Marxists at bay.

Would it be OK if I cross-posted this article to WriterBeat.com? There is no fee; I’m simply trying to add more content diversity for our community and I enjoyed reading yougr work. I’ll be sure to give you complete credit as the author. If “OK” please let me know via email.