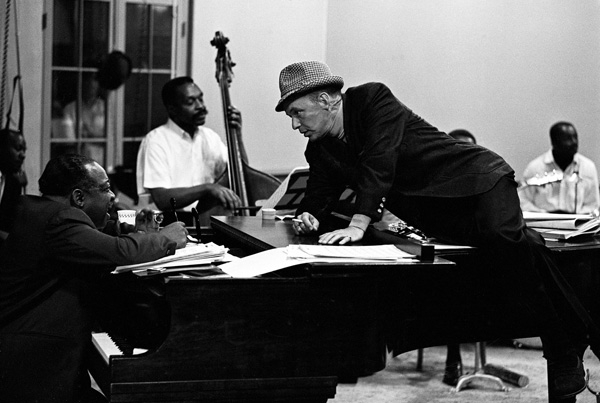 I wanted to finish this series with a favourites page. That is never as easy as it sounds as when you have written or composed a list you immediately realise that x is not on it and the list like Pinocchio’s nose just keeps growing.

What is interesting when reminiscing through the collection is how often you go back to certain albums and how others considered at one time bankers for that top ten are no longer flavour of the month. That I think is down to changing taste, a different slant on certain types of music, and/or a realisation that something heard when still a teenager was not really that good, or the opposite in that you never gave it a chance all those years ago.

There is also the fact that some artists who you always liked never made more than very good albums and some who have had little exposure have made that one superb rendering which stands the test of time.

Two or three choices have already had an airing in previous articles, including Coltrane's “Giant Steps” and Brubeck's Oberlin album among them; what I shall put up here are artists that have not made the other articles or may just have got a mention but have left stunning music in their own right. There is no particular order to worthiness or otherwise, it is not really possible.

My first is Arthur Blythe known as “Black Arthur”, an alto player whose ‘78 album Lennox Avenue Breakdown has become a classic. A bandleader and composer who straddled avant garde and traditional modern jazz, he died in March this year at the age of 77.

Here is the title track, and yes that is a tuba there:


Joe Lovano is a Sicilian American multi instrumentalist including drums, but it is his tenor sax work that people admire. Influenced by Coltrane Gillespie and Sonny Stitt, he also worked in the big bands of Herman and Mel Lewis after studying at University. Since then his own quartets and quintets are where he is the now established star in his own name. Not everything he does moves me and several albums fall into that category, but this album is one of my favourites From the Soul, and this number is as good as any on there: “Central Park West”.


Playing alto and soprano saxes and clarinet, Gary Bartz is another who when you look up his details thinking he is in his forties you discover he is a contemporary; frightening isn’t it? He has stretched into funk, soul, African music as well as avant garde and bop jazz. He has played on 240 albums, forty of which were his own and played with Davis, Mingus, Roach, McCoy Tyner and Jackie McLean, and started out as did so many with Art Blakey.

The number I selected is not with his own group but that of McCoy Tyner, one of my greatest pianists who he played with and won awards for McCoy's “Illuminations” album. This is live from a German festival recording in ‘07 Ballad for Aisha from the album Blues on the Corner. Beautiful musicianship from all here:


Also from that age group, and the same remarks apply as he is 81 now, is Odean Pope, another tenor saxophonist who started playing in Philadelphia’s Uptown Theatre behind James Brown, Marvin Gaye and Stevie Wonder. He has subsequently recorded extensively with Max Roach as well as in his own name.

The album I return to is Locked and Loaded from 2006; he is still recording. Not easy to find anything from the original album with Odean playing but he is also an arranger with his saxophone choir, up to nine different saxophones and this number is representative of the sort of thing he produces.

Here another arrangement of Central Park West live from the famous Blue Note jazz club in NY in 2004. Lovely sound:

There is not a lot from the Sonny Criss catalogue around. An alto player who was a contemporary of Parker and drifted around several groups, he really blossomed later in his career and his output increased during this period but sadly after this number was recorded he developed stomach cancer and after returning to LA he committed suicide in ‘77 at the age of fifty.

Because of the years that have passed since his death there is a fair bit on Youtube to listen to, including my favourite album of his, Sonny’s Dream, with the Sonny Criss Orchestra (Birth of the New Cool) - worth looking up. This is Angel Eyes from the album Saturday Morning, recorded in ‘75:


Johnny Griffin made a memorable album with Thelonious Monk at the Five Spot. He recorded with Monk several times and was with Art Blakey before that. He was endowed with an amazing technique that allowed him to play unbelievably fast runs. He never varied from his be bop heritage and was not at all pleased with so-called “free” jazz. Short of stature, he was a fashion-conscious man and spent most of his last two decades in France and the Netherlands.

From that famed album with Monk “In Walked Bud”:


I go back to Bill Evans more than any other pianist; that doesn’t make him greater or more popular than those other giants of the keyboard, but he did play a style of piano that engulfed you, the sort of thing you put on after a bad day and forget everything, I am playing him a lot at the moment for obvious reasons ! I have all his early albums and most of the later, nearly all get played which is why he gets in here, though he has already featured earlier.


I will finish on a “populist” note. Basie was always my favourite band; Ellington was far more adventurous and almost certainly made the better jazz albums but that Basie sound was always so comforting. Yes, he did produce huge numbers of mainly forgettable albums in his prime, but that does not detract from his best work which was superb. The same can be said for Frank Sinatra, who sang with all the big bands of note yet probably his best albums of that type were with Basie. I have all three and they get played. This Basie/ Sinatra number makes it all look so easy: the diction, the timing, just the right amount of backing from Basie - no unnecessary intrusions, just superb music that we will not see or hear again. Two governors of their craft showing how it should be done.