QandO has a good go at Bill Ayers, an education prof who once led the violent radical underground Weathermen movement

(and is married to a former member). For those who want to know about one strand of the Baby Boomers, Ayers (born 1944) may be a touchstone. 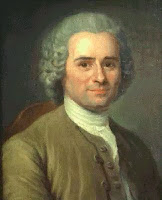 The connection between radicalism and education is a very old one; modern mass communications also come under this category of vectors of revolution. 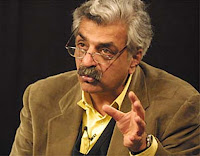 Readers might like to consider how many other Ayerses there are, not actually getting their hands dirty anymore but getting well-paid and respected for influencing the agenda in classrooms, TV and the print media.
I'm not quite going to take the simplistic guntoting redneck line on them. People like this meant well, but they thought in abstracts, always dangerous with earthbound Man. If there is one thing we must 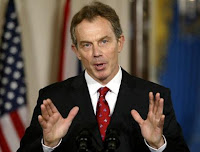 learn from the past 40 years, it's that meaning well isn't enough. But they always wanted to do well for themselves out of doing good to others, and have fun doing it - isn't that human.

People who say they want to change the world generally mean the want to force people to do what they want them to.

People who really improved the world set about to stop the forced change lot.

Hi, ACO. The engineers, plumbers and scientists should be celebrated as the "cool" ones, shouldn't they.

Ayers was such a hypocrite.

As I keep saying, if it were not for them, we would never survive. The Adams' discussion on Deep Thought sums it up for all 'thinkers', including the radicals.

In regard to Ayers, you have to contrast him with the neocons, who from Vietnam on tried to make America a huge empire, which is just as bad.

These people are all scum. While they are busy screwing up education, the one ladder for working class people to get out of poverty, they make sure their own kids go to excellent schools. I remember hearing one Labour parent, when challenged on educately a child privately, saying "I won't let my principles get in the way of my child's education". Quite happy to let them get in the way of your child's education though. Bastards.