Et Tu, Guido? The Boris Deal Is Lipstick On A Crocodile 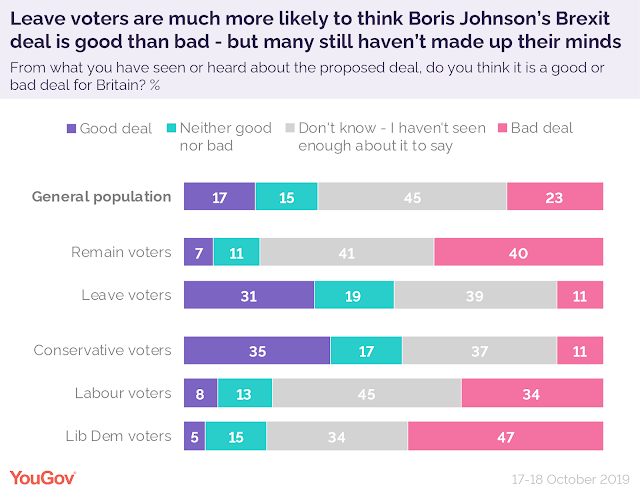 I comment at Guido's - not sure it'll get past the censor:

Well, it's on, now.
https://disqus.com/home/discussion/orderorder/snap_poll_public_want_the_deal_passing/#comment-4656930048

This was always the script - I called it three years ago - a *last minute* pseudo-deal that actually means remain.

But by now is as obvious as it ever can be that any 'deal' = remain, and only no deal' is a real Brexit. (The kind where we would notice the difference, every one of us, from November 1st and the following weeks.)

The fake-ness is obvious - but will the British (actually, specifcially English and Welsh) people notice? It depends on our quality as people - whether we are sufficiently free from corruption to be able to see the obvious through the propaganda.

Our quality doesn't seem very high; but that is what is being tested here and now.

The people supporting this fake Brexit are revealed for what they are (pro-totalitarian) - which should also have been obvious long before now, but it is at least undeniable now.