"When thousands of masked protestors fought running battles with police in Paris on Saturday, torching cars and starting fires on some of Paris’s most expensive streets, the government called them extreme-right and far-left “professional rioters” who had infiltrated the peaceful protests by gilets jaunes." (1) 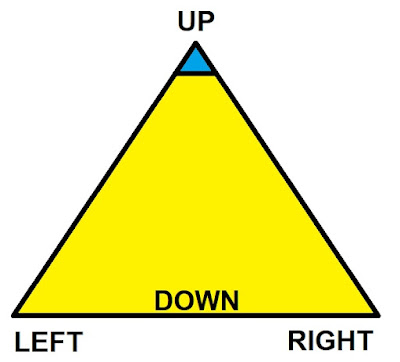 We're back with Tony Blair and his pretence that he was "somewhere in the middle":

"One of Tony Blair’s greatest political skills was what he called “triangulation”. The idea is to take up a position that seems equidistant between Left and Right, thus winning a majority and perplexing political opponents." (2)

Emmanuel Macron must be a truly radical centrist if he manages to get the whole population from left to right against him.

Politics is not one-dimensional. As l'Empereur himself observes: "A station, it is a place where one meets people who succeed and people who are nothing." (3)