Voiceless In Catalonia, by Brett Hetherington 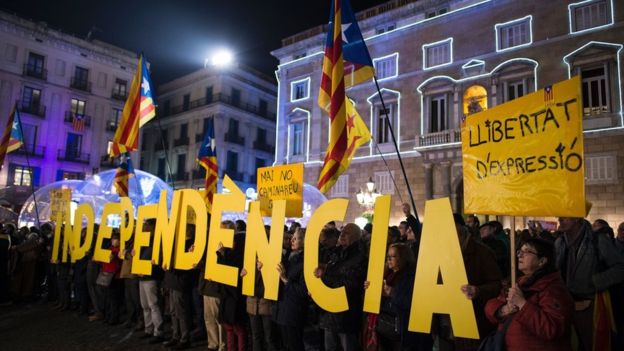 Walk into any pet shop in Barcelona this summer and you are likely to hear the resident parrot spouting one party line or another about possible independence for Catalonia.

With a referendum for only Catalans to vote on this October first, those who live here without Spanish citizenship cannot participate and are frozen out of having a say in the final result.

As I said the other day to a foreign-born local photo journalist, I am sad that I can't vote in the referendum. Just like plenty of others, my wife and I have lived here for over a decade on European passports and have a son who will soon be going into the workforce, so the near future is extremely important to us.

To exclude people who are not Spanish citizens but have lived here (continually, and regardless of how long) is clearly a mistake because it just makes you seem unimportant and disregarded. In a genuine, fully-developed democracy everyone is included and everyone has the impression that they count.

Naturally though, the referendum has value even though the Spanish state will not recognise it. The collective opinion of the people -- or at least a majority of the population -- is an important statement about where they want to live and who they believe they are.

The minority conservative Spanish government of Mariano Rajoy is doing all they can to prevent the ballot boxes from being delivered then used and they are employing legal methods as well as trying to intimidate civil servants into ignoring instructions related to the referendum from the Catalan administration.

In this way, they will be denying a basic, universal democratic principle in action.

In truth though it's actually quite difficult to know the exact pros and cons of an independent Catalonia because the debate has largely been so polarised, emotionally jingoistic and partisan. I do think that any referendum has greater legitimacy to it if there is an informed and balanced education campaign from both sides and that this should be publicly funded. Not the case in Catalonia.

Both campaigns should also be put under scrutiny from the media but without the rabid nationalism that we have continually seen up until now. Only then will the referendum accurately mirror the population's decision.

Of course if you are not a holder of Spanish nationality, you are as good as irrelevant in the outcome of what has simply been called "the process." You may as well be just another parrot in a pet shop.