In 1832 the House of Commons had 658 seats. Britain's population was an estimated 14 million souls, of whom (pre the Electoral Reform Act) some 500,000 were eligible to vote in Parliamentary elections. The Act increased the number of electors to about 813,000.

The Coalition now in power has proposed reducing the number of seats to 600 (a nice round figure, and coincidentally getting rid of 50 awkward backbenchers).

What has happened to our voice in Parliament, our ability to influence our government? The graphs below may help clarify. 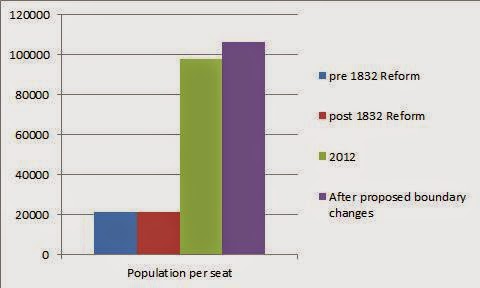 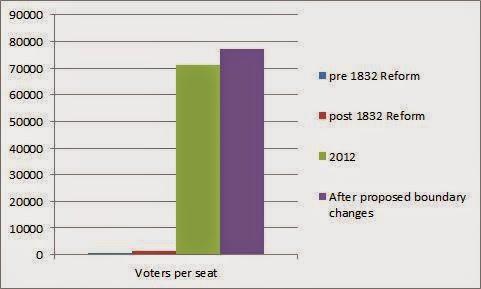 To get the same ratio of seats to electors as in 1833, we would need 37,503 MPs.
Far from reducing the number of MPs, we should be dramatically increasing it - or introducing some system that is designed to reflect more fairly the range of opinions and interests of the public.
READER: PLEASE CLICK THE REACTION BELOW - THANKS!