New Labour in its pomp was guided by the likes of Peter Mandelson, now (like so many) a bought-and-paid-for EUrocrat. Here he is with some other Brits, simpering in the presence of billionaire Oleg Deripaska. They are almost clutching themselves with excitement. 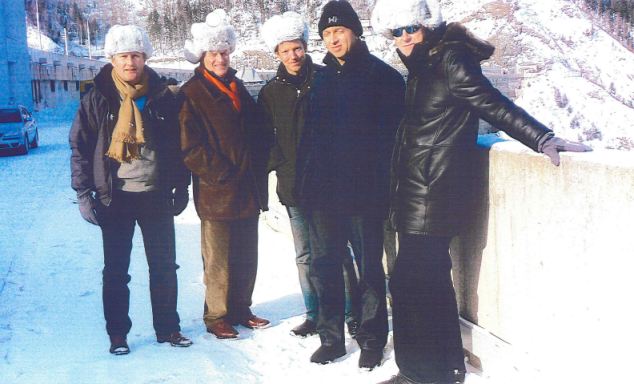 They may kiss Deripaska's bottom, but President Putin doesn't:

The video is a treat - watch Deripaska lie about having signed an agreement, be effortlessly called on it and called up front, then like a sulky schoolboy try to take the pen with him, only to be schoolmastered by the President.

Where do we Westerners have politicians who can do that?

Now it may well be that Mr Putin is not a nice man. But remember Churchill's saying, "The Hun is always either at your throat or at your feet." To dominate a pack of wolves you have to be a wolf. Has Putin enriched himself? He would probably not be taken seriously by his lupine underlings if he hadn't. But do you doubt that he works for Russian national interests, as well as his own?

This week's Private Eye - a formerly independent magazine that now appears to have taken editorial "lines" on e.g. Brexit and Jeremy Corbyn - features on its front page paired photographs of US President Obama and Presidential candidate Trump, dubbed "HOPE" and "GROPE" respectively. This tempts us to ask, what became of the hope represented by Obama - and by Bill Clinton?

Yes, the American econo-political machine has its own juggernaut course, just like the British one. Yet remember Kennedy and FDR: there is a period at the start of incumbency, especially when the nation is in crisis, when a new leader could potentially cut free of his handlers and appeal direct to the people to support significant reforms.

In 2009 I (along with millions of others) hoped that President Obama might sort out the crooked financial establishment; instead, it has sorted us out. And as for President Clinton, doubtless Congress and the Senate threw various spanners in his designs, but why exactly did he feel he had to repeal Glass-Steagall as one of his final acts before leaving office? I also hear that he earlier instituted welfare reforms that made life much harder for many vulnerable people; are there not times when the President can refuse to sign?

As with the EU referendum, in America Presidential election campaigns encourage both halves of the nation to hate and despise each other, and then we wonder why the people are not happy. And it's all Punch and Judy. "Grope," indeed. The bien-pensant media tell us what to think, and how to vote, and if we don't do as we're told there's an endless post-vote campaign to tell us we were wrong. But the big problems are not sorted.

I never thought we'd have anything to learn from the Russians. 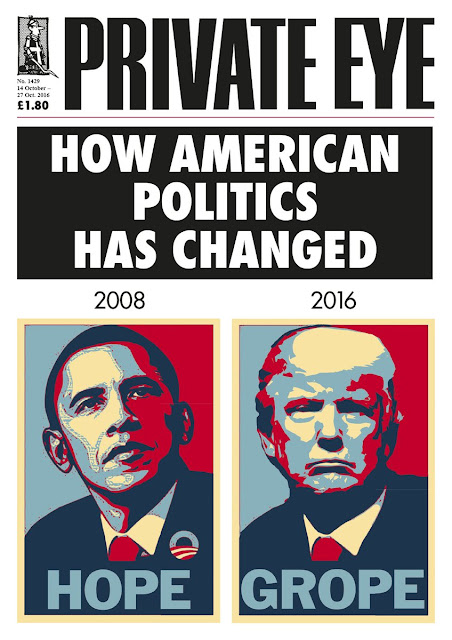 Private Eye has sadly in certain respects become part of the establishment, it has happened slowly over a number of years, and despite very good investigations into the inadequacies of govt departments, banking malpractise and similar has lost the plot politically, never seeing any good in anything outside the mainstream.
And yes I have finally cancelled my subscription.

Hi, W. Loved your piece on AKH. Good to see you're in the swim again.

"I never thought we'd have anything to learn from the Russians."

There could be more to come.