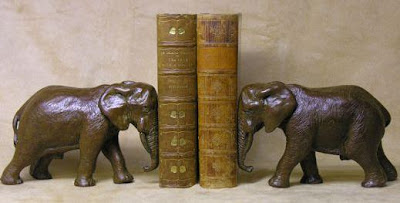 On one side, the redoubtable Mish scorns those who think inflation is a clear and present danger:

...Those who think inflation is about prices alone were busy shorting treasuries, and looking the wrong direction for over a year. Only after the stock market fell 50% and gasoline prices crashed did the media start picking up on "deflation". Only those who knew what a destruction in credit would do to jobs, to lending, to retail sales, to the stock market, to corporate bond yields and to treasury yields got it right...
Those who stick to a monetary definition of inflation pointing at M3, MZM, base money supply, or even Money AMS, are selecting a definition that makes absolutely no practical sense. Worse yet they do it screaming about bond-bubbles at yields of 5% or higher, all because they refuse to see or admit the destruction of credit is happening far faster than the Fed is printing...
The trick now is to figure out how long deflation will last, not whether we are in it. Humpty Dumpty is of no use, he cannot even see where we are.
On the other end, Jesse recalls Moscow in 1997, before the currency popped:
...They were desperate times, and you could see that there was a climactic crisis coming. It is easy to talk about this sort of thing, a thousand to one devaluation of your home currency, but harder to understand the impact. Imagine that you have $500,000 in savings for your retirement. Now imagine that within two years it is effectively reduced to $5,000 or less, and you will understand how disconcerting a currency crisis can be.
If you don't think a financial panic is possible here in the US, just take a look at the negative returns on short term T bills, and you will get a taste of the leading edge.
One of the best descriptions of the Weimar experience I have ever read was by Adam Fergusson titled "When Money Dies: The Nightmare of the Weimar Collapse." It is notoriously difficult to obtain, but it does the best job in describing how a currency collapse can come on like a lightning strike, although in retrospect everyone could have seen it coming. Denial is a strong narcotic. People believe in their institutions and ignore history until they are staring on the edge of the abyss.

Could you please fix the link to Jesse's post on the Moscow 1997 devaluation? I tried to link to it to read the whole thing, but the link is bad. Good blog, by the way, linked from Panzner's site When Giants Fall. Love Denninger and Mish as well, so going to bookmark your site now.

Hi, Anon - Thank you for your kind words. I've just tried that link: it's OK at the moment. These blips happen sometimes, to me as well.