The supermarket chain Morrisons is denying renaming Brussels sprouts to appease Brexiteers, according to 'newspaper' the New European: 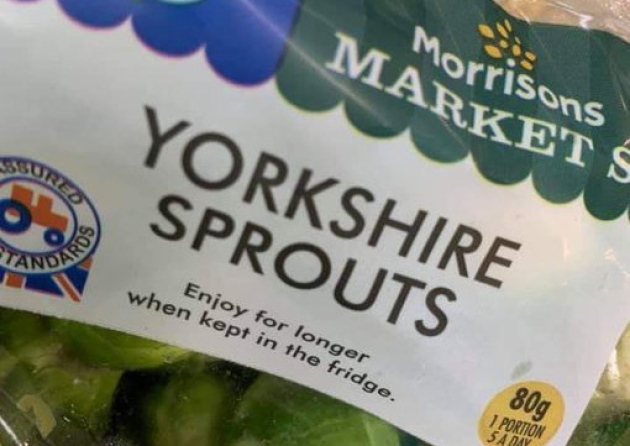 It's a bit cold for the silly season, but if we're going to bang the patriotic drum let's do it properly, with a round of 'Britons, strike home':

"Following the collapse of the First Coalition, on 10 November 1797, the British Prime Minister, William Pitt the Younger, announced to the House of Commons that his efforts to make peace with Revolutionary France had failed and that he was now determined to fight the war to its conclusion. In response, the whole House rose to its feet and sang Britons, Strike Home!. The result was the War of the Second Coalition."

Or perhaps we should sing the full-fat adaptation written during the Napoleonic invasion scare of 1803 - 1805, the chorus to each verse being:


Britons, strike home! avenge your Country's cause.
Protect your King, your Liberties, and Laws

- liberties and laws that many of our politicians, journalists and influential entertainers have failed to defend, to say the least.

For now, eat your Brexit sprouts with pride.