So Sir Philip is alleged to have been a naughty boy in the hanky-panky department, outed by the ever-lovely Peter Hain who used Parliamentary privilege in the only way it really should be used, delving into the squalid sex lives of alpha males - whose behaviour is no different from the rest of their ilk throughout history.

It's not as though MPs themselves sometimes misbehave, like for example Tom Driberg, who as I recall reading, once importuned a fellow MP in a House of Commons lift, at a time when homosexuality was still a crime in English law. And in Driberg's case, that is the least of his peccadilloes, if rumours of his having been a KGB agent are true.

Yes, perspective is needed. If our news media had any sense of perspective they wouldn't waste time bigging-up this outing as a blow for Press freedom.

No, they would be revisiting the recent news about Debenhams store closures, resulting in the loss of thousands of jobs (with ample knock-on economic effects); they would discuss the fortunes and business strategy of its parent, the Arcadia Group, and the beneficial owners (largely, Tina Green, Sir Philip's wife); and musing on how things might have gone for the retail conglomerate if Sir Philip hadn't loaded a billion-pound-plus debt round its neck in order to pay out (offshore) a monster bonus not justified by the profit made that year (2005, when a billion was a lot of money).*

Consequences can take time to mature. Maybe things might have turned out differently; maybe, in the clickbuy environment of today, not; who knows? But maybe that cash could have been reinvested to help Arcadia adapt to changing business conditions.

Ah well, underpants are so much more interesting! 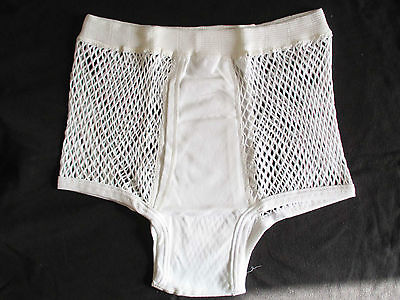 How different it all used to be.
In Victorian times very rich men gave something back to the community illustrated by Cherie in her recent post - http://www.cheriesplace.me.uk/blog/index.php/2018/10/22/jesmond-dene/
"In the 1850s, William George Armstrong (later Lord Armstrong) the armament manufacturer, acquired at various times the land which now forms Jesmond Dene. He enclosed the land and planted it with exotic trees and shrubs, laid paths and built bridges. Lord Armstrong used the Dene as his own private parkland but allowed access to it by the public twice weekly, on payment of a small entrance fee which went to the local hospital.

In 1883 Lord Armstrong presented the main area of Jesmond Dene to the Corporation of Newcastle upon Tyne for the benefit of its citizens and in 1884, the park was formally opened by the Prince and Princess of Wales."

I'm shocked about Debenham's closures, and was even more shocked to learn about the iconic Kendal's store (House of Fraser) in Manchester facing closure. It appears that the internet has been starving them out - particularly Amazon - at a guess.

Similar things are going on this side of the Atlantic too. The retail world and media world will soon be in the hands of just a few very, very rich men who have no interest whatsoever in anything but making more money to add to their already overflowing coffers. :(