The Parliamentary assault on democracy: a sneak preview of coming changes

The British people are inconvenient:

* They lobbied their MPs against the bombing of Syria, thus depriving Mr Cameron of his opportunity to follow Blair's example as condom for the US President's illicit sorties.
* They voted the wrong way in the EU Referendum.
* They persist in the delusion (shared by some of their representatives, e.g. Hons Dennis Skinner, Frank Field, David Davis) that Parliament is there to serve the common man and woman, as though the contemptible riff-raff had ever been intended to share in the rights secured by their betters under Magna Carta and the Glorious Revolution.
The time has come to roll back the reforms of 1832 and other similar historical mistakes. Before the Great Reform Act, the MP for Old Sarum was decided by 7 voters. Even after it, the average British constituency size was merely 1,236.

Now, thanks to unrestricted breeding and the extension of the franchise to men of all classes, women and children (some wish the voting age to be lowered to 16), each seat has 71,300 voters, and once 50 of the present 650 Commons seats have been abolished it will be some 77,250.

This is proceeding most satisfactorily. Already, the people must combine and it takes all of them, including the voice of the littlest Who, to be heard by Horton:

But it must be admitted. even that was an impertinence. As the Duke of Wellington remarked when cheered by his men at the Battle of Waterloo,"It comes dangerously close to an expression of opinion."

As so often, we can learn from the Bard: 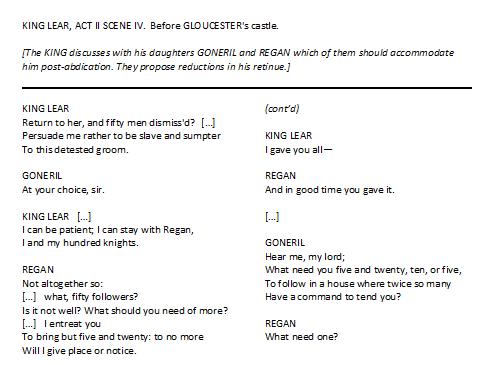 A Gentleman informs me, that doing away with 1/13th of MPs is merely the first stage in the national plan. I can exclusively reveal several future developments:

1. Progressive reduction in Commons numbers to two, one for the Government and one for HM loyal Opposition. The draft constituency boundaries are illustrated on the map below. 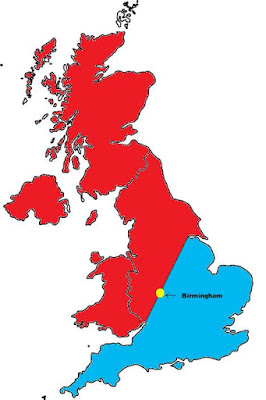 2. In divisions, each of the two MPs' votes will be weighted according to the number of votes cast for them in the previous General Election. Votes of no confidence will be pointless, since the Government will have a permanent majority.

3. Initially, General Elections will continue on the basis of "one person, one vote". But since the seats roughly represent Wealth Creators and Parasites, the system will at some stage be altered to "one pound, one vote." The expected revenues raised in this way may enable the Government to abolish income tax altogether.

4. The House of Lords to be abolished; their Lordships will be granted automatic membership of the Groucho Club or an alternative London club of their choosing. They will continue to receive their allowances, which will help defray their expenses at the buttery and cellar of their club.

5. Parliament to remove to a UK central location and the Palace of Westminster sold to developers fainting with greed and gratitude.

Where should the new Parliament be sited? The centre of the UK's population is said to be Appleby Magna in Leicestershire; of England (the only country of any importance), Meriden in Solihull. Neither of these is suitable: where is the room for civil servants, policy wonks, paid liars, lobbyists, hairdressers, restaurateurs, mistresses, whores, rent-boys etc?

Fortunately, a planned high-rise building in Birmingham could provide the necessary space and access to exploitable human dross:

The top floor might accommodate both MPs and the Speaker, plus office retinue; upper floors could contain the other workers mentioned above; lower floors, the online and on-phone Customer Service Representatives who will perform the functions of the now-redundant constituency MPs' offices; security on the ground floor; and the army of spies where they belong, in the many-tiered basement levels, away from natural light and air.

The savings on taxis and ministerial cars will in themselves be sufficient to fund the move.

Ironically, I have just received in the post a brown envelope from the Electoral Registration Officer bearing the slogan "Your Vote Matters." If only I could laugh.

Let the imagination run wild. The civil servants will adore being decentralized to the north/south border.