Feeding Frenzy at the Subsidy Trough

The EDF nuclear subsidy game rumbles on with another batch of orchestrated leaks. The stakes could hardly be higher. 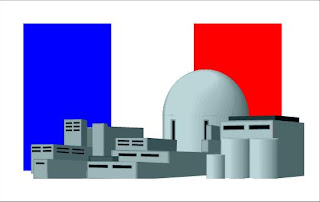 And haven't the lobbyists and briefers been busy ! How convenient that the Telegraph can always be persuaded to publish their radioactive releases. From the EDF camp, we learn that unless HMG comes up with the readies (well, forces electricity bill-payers to come up with the readies), not only will there be no EDF nukes for the UK, the Japs will pull out too - along with every potential developer of UK infrastructure ! “'No big infrastructure investor will ever trust the Government again' if that happens, is the bleak verdict of one industry insider" - quoth the ever-helpful Telegraph. The whippers-in have indeed been out in force. Every b*****d wants a monster subsidy: who'd have guessed ?

So stick that in your pipe, David Cameron. And not just lots of readies are required, mind - it must be a 40-year deal, and government under-writing for the capital costs, and indemnity for EDF on cost over-runs. And to think all they wanted just a couple of short years ago was a carbon-price floor (already long-since delivered and banked, of course).

The government side wants it to be known that, err, they are prepared to walk away if they can't get a 'good deal' - such tough negotiators, eh ? - and will certainly keep the nameplate price lower than £100/MWh. But we all know this is fairly arbitrary when 40-year indexed-linked games are being played, and so much is on offer by way of guarantees. "The truth is likely to become much clearer in the next few weeks", opines the Telegraph. How very trusting.

Whatever we get to know about the dirty deal, it will go straight into the long grass of an EC State Aid review, and there will be no binding commitment from EDF for, oooh, 18 months minimum. So - no start-up until 2022 earliest ? Which means in turn that all the practical problems of keeping the lights on post the LCPD shut-downs will have to be solved without new nukes. Which means ...

It was not always thus.  A mere decade ago there was a parallel issue in UK natural gas: North Sea gas production was forecast to decline to the extent that new import sources would be needed from around 2005. The UK government had played a clever strategic hand several years earlier, but otherwise stood back and let the market work. Sure enough, the companies that make up the UK gas industry invested in sufficient new import pipelines and LNG import facilities to replace the declining North Sea production entirely, if needed (which it won't be for several years yet). Invested. Their own money, with no subsidies !

They did so because (a) there was a clear business case, and (b) there was no hint that subsidies might be forthcoming if they just held back a bit. Happy days.


All original material is copyright of its author. Fair use permitted. Contact via comment. Nothing here should be taken as personal advice, financial or otherwise. No liability is accepted for third-party content, whether incorporated in or linked to this blog; or for unintentional error and inaccuracy. The blog author may have, or intend to change, a personal position in any stock or other kind of investment mentioned.