I give below two charts that look at how gold has fared since President Nixon de-linked it from the dollar in 1971. In inflation terms (as measured by the US CPI-U), gold now worth is almost twice as much as its long-term average; but in turn, the Dow is still running very high against gold.

It may or may not be the case that gold is overpriced (perhaps we should be looking at inflation as measured by average earned income, or GDP, or something else) but either way, the Dow is still extraordinarily high. It does indeed look as though there was a "new paradigm" from the early 1990s; but perhaps a dangerously misleading one. Will gold double? Will the Dow halve? 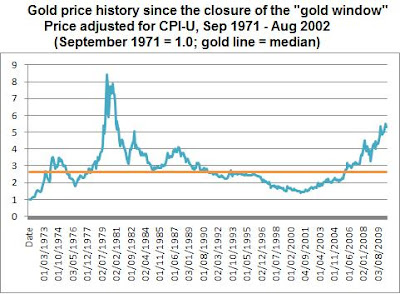 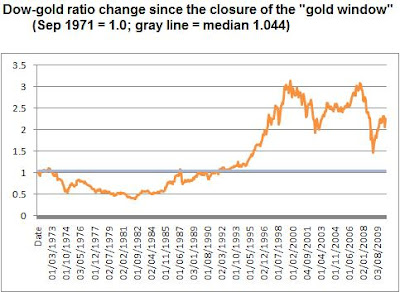