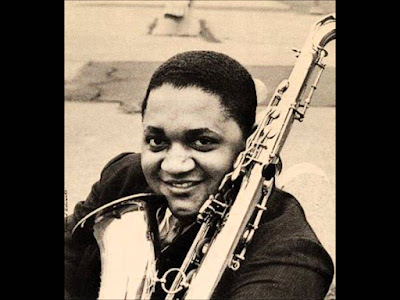 Although Oliver Nelson had a short life and his pure jazz period - or at least his most productive - was equally short, he left a very impressive legacy to the world of jazz during that time.

Born June 4, 1932 in St. Louis, Oliver Nelson came from a musical family: His brother played saxophone with Cootie Williams in the Forties, and his sister was a singer-pianist. Nelson himself began piano studies at age six and saxophone at eleven. In the late ‘40’s he played in various territory bands and then spent 1950-51 with Louis Jordan’s big band. After two years in a Marine Corps ensemble, he returned to St. Louis to study composition and theory at both Washington and Lincoln universities.

After university he moved in ‘58 to NY and it was here he made a name for himself. After a couple of stints playing in bands he started recording in his own name, but it was the recording in ‘61 that pushed him to the top of the jazz tree with the release of on Impulse of “The Blues and the Abstract Truth”. Not only was the album a big success with its all-star line-up of Eric Dolphy, Bill Evans, Roy Haynes, Paul Chambers and Freddie Hubbard and himself (and was the only time Evans played with him) but it also had the Rudi Van Gelder studio behind it. It was a breakthrough for Nelson and he never looked back.

As an arranger who wrote, conducted and scored for numerous bands and artists he also managed to play brilliantly on alto and tenor sax. During this period to ‘67 he recorded several albums in his own name and under the umbrella of big ensembles. ‘67 saw him move to LA where he was in big demand in the film and TV business and scored wrote arranged for endless films and TV series including Ironside, The Six Million Dollar Man, Columbo and others, plus in the film genre Death of a Gunfighter, Zig Zag being among them and arranged for the music in Alfie and Last Tango in Paris. He also arranged and produced albums for pop stars such as Nancy Wilson, James Brown, the Temptations, and Diana Ross.

During this later period he still found time to appear with his big band and smaller groups, wrote some symphonic pieces and was very engaged in jazz education. All of this led to a very hectic lifestyle and he died suddenly in 1978 of a heart attack aged just 43. It was suggested by some at the time that stress and work load contributed to his demise; a sad loss for a very talented man and musician.

That early period was quite something as the year before Blues and the Abstract Truth album, he had recorded with Eric Dolphy “Screaming the Blues” on Prestige and that was the first of his albums I purchased. Also in ‘61 Eric Dolphy was launched as a solo artist on “Straight Ahead”, another Nelson classic.

Up until his ‘67 move to LA he recorded regularly but after the move much less so as the other side in films and TV took most of his time though a few interesting works emerged.

Here is the title track from Screaming the Blues.

Stolen Moments from the Blues and the Abstract Truth album is a jazz standard and this album is one of the standout ones alongside Kind of Blue from that period. Everybody who likes modern jazz should have this.

In 1970 he was in Berlin with a big band playing this, Black Brown and Beautiful and soloing on alto, probably his most distinctive instrument.

This is from the Sound Pieces album of ‘66. The album has a variety of group set ups and is to all intents a compilation, but this track has Nelson playing soprano sax - I know JD likes this instrument ! The sound Nelson gets here is extremely pure, a sort of strained sound without that nerve-screeching that can be too much, a unique sound on this instrument and up there with Coltrane as one of the finest proponents of the soprano.

As I said earlier Eric Dolphy was launched to a wider public with this Nelson album Straight Ahead. What the album also shows is that Nelson was never afraid to use different combinations of instruments on the same track, similar in a way to Roland Kirk, Oliver Nelson (alto & tenor saxophones, clarinet); Eric Dolphy (alto saxophone, bass clarinet, flute); Richard Wyands (piano); George Duvivier (bass); Roy Haynes (drums), all recorded inevitably at the Rudi Van Gelder studio in 1961.

Straight Ahead, the title track:

This track is from that so fruitful early sixties period, a superb big band in which plays arranges and everything else. The track is “Message” from the album Afro / American Sketches ‘61. It is remarkable that a musician so young, only 29 when this was recorded, should have such a varied body of work already behind him; difficult to think of anyone else who had the same at that age.

And finally from his album Full Nelson ‘63, a big band ensemble containing the likes of Clark Terry, Joe Newman trumpet, Phil Woods and Al Cohn among the saxes and Jim Hall guitar, all arranged and conducted by Nelson and also playing tenor and alto.

You Love but Once: