Osborne gives us the threepenny bits


The proposed new-style pound coin is publicised on the day of UK Chancellor George Osborne's Budget speech to Parliament.

The 12-sided design resembles the pre-decimal brass threepenny piece first issued in the reign of Edward VIII. The resemblance is more than physical, as we shall see.

Before 1937, threepence coins had always been based on silver, but the silver content reduced over the years and the coin eventually became inconveniently small. Why? Inflation, the curse of the twentieth century.

This year marks the centenary of the outbreak of the Great War of 1914-18. The Daily Mail's purchasing power calculator [Sackerson: try BoE now!] shows that one pound in 1915 was equivalent to £87 today. Coincidentally, under the old coinage system, there were 240 pence to the pound, or 80 "thrupenny bits". So a modern pound coin is worth much the same as a WWI threepenny bit.

The Chancellor introduced his Budget with the words, "Our country still borrows too much. We still don’t invest enough, export enough or save enough. So today we do more to put that right. This is a Budget for building a resilient economy. If you’re a maker, a doer or a saver: this Budget is for you. "

Actually, it's still not one for savers. I'm on Day 647 of my attempts to get my MP to ask questions in Parliament about NS&I Index-Linked Savings Certificates. All I've had so far is substandard, ill-informed guff in written answers from three different Treasury ministers (see right-hand sidebar on the Money blog). 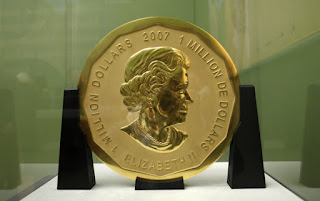 I still have some threepenny bits. Grandson seems decidedly unimpressed when I tell him how much they would be worth in today's money.

The Daily Mail's purchasing power calculator link seems to be linked to blogger.com