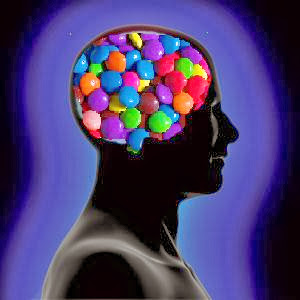 Let’s concoct a new theory of intelligence. It’s about time we had a new one because the old version looks as flaky as a Lib Dem policy. Just take a look at current energy policies if you don’t believe me - Lib Dems are in favour.

It’s not an original use of the word, but what do you expect for fifteen minutes? A workable energy policy?... Hmm, bad example... anyway, here is the smartie theory in all its conceptual glory.

In essence, the more smarties you have and the wider your range of smarties, the smarter you are - in a genial kind of way because I think a nod to Santayana is somehow appropriate for smarties. If you want to know why, you’ll have to read him and acquire a whole shed-load of smarties.

So throughout daily life we have the option of acquiring more smarties - vitamins of the mind. Smarties come in numerous colours, shapes, flavours, sizes, sweetness, price and brands so those who collect only one flavour or those who focus on brand are not as smart as those who collect lots of different smarties. Especially the home made smarties, of which smartie theory itself is just one example!

For example, Nick Clegg only collects Nick Clegg and EU smarties, which makes him smart on these subjects only. He knows how the EU is likely to benefit Nick Clegg and virtually nothing else. There are no Lib Dem smarties by the way.

Those eccentrics who love nuances and breadth of vision also love all kinds of smarties and collect loads of them. This gives us the Smartie Rich or SR quotient – a much needed antidote to IQ. So a person with a high SR is smarter than Nick Clegg which we now know isn’t saying much but it’s progress of a kind. Progress Nick knows nothing about of course.

The elite classes only collect elite smarties, a narrow range of all the smarties on offer. So they never become smart - because they can’t. Prince Charles is a good example. In his position, with all that travel and cultural contact he should have a huge SR, but his social position narrows the possibilities before he even gets to choose. He only likes green smarties anyway.

Prince George will have the same problem – except he won’t even know because he won’t have a sufficiently wide range of smarties to tell him it’s a problem.

So it is with the political elite who only collect the smarties offered to them by lobbyists, flunkies, and smartie advisers who are in exactly the same smartie-delimted boat.

Smartie collecting is an essentially serendipitous activity driven by the sheer joy of discovery and the substantially lesser joy of changing your mind occasionally.

Smarties are usually minor discoveries such as nuances, aspects alternative emphases or poetic insights, but they are all grist to the smartie mill and raise one’s SR to quite dizzying heights of pure fancy.

I've often wondered at the ignorance of celebs on TV quiz shows. Clearly they are sharply focused on what advances their careers.

Sackers - good point. Maybe they focus on what is worth knowing career wise and little else.

No, most of the modern ones are that ignorant and stupid. I know a fair number of journalists and communications majors. Only one earns my respect. The older ones were picked for ability, the newer ones for looks.

Paddington - yes, looks are a real bonus. Height, good diction and a penetrating voice are also enough to hide many limitations.