US justice on trial

A Palauan man and his wife are to be re-tried more than 10 years after being found guilty of the murder of their newborn child, McKenzy. Their original trial and their first unsuccessful appeal raise questions about the quality of the justice system and its preparedness to address its own possible errors.

Born in hospital on 29 May 2008, the baby was taken home May 31 and died early the morning after. The couple, Albert and Ashley Debelbot, were convicted of malice murder in 2009, but eventually had their appeal heard in 2017, in which they claimed that their respective attorneys had not defended them effectively.

There are concerns about the conduct not only of the original trial but also of the appeal, which was denied. A further appeal to Georgia's Supreme Court succeeded and the convictions were 'vacated' on 28 February 2020 and a new trial ordered.
https://www.ledger-enquirer.com/news/local/crime/article240737036.html

'Their conviction was based on a testimony of the State assistant medical examiner whose opinion is based on an autopsy report.  The State gave no evidence tying the couple to their daughter’s death and the couple’s lawyer did not offer any alternative explanation or evidence or witnesses on how the baby died,' reports the Island Times. The defence attorneys at the original trial had offered no alternative explanation of the child's injuries, even though the hospital had recorded the birth as a 'rough, atypical delivery.'
https://islandtimes.org/palauan-man-imprisoned-unjustly-for-12-years-in-us/

At the 2017 appeal four medical experts giving evidence for the defence 'opined that the trauma of the birthing process caused the additional and more acute fracturing to the left side of McKenzy’s skull, and denied that post-birth trauma caused McKenzy’s injuries' but 'the court concluded in one  sentence that all the Debelbots’witnesses, expert and otherwise, were not credible' and went on further to rule out their evidence as not legally admissible.
https://law.justia.com/cases/georgia/supreme-court/2019/she defence18a1073.html

Perhaps the most astonishing aspect of the 2009 trial was the way that the Assistant District Attorney chose to define the 'reasonable doubt' in the presumption of innocence that a jury should extend to defendants:

It seems reasonable to interpret that last sentence as implying that if it's down to tossing a coin, it's okay to find the defendant guilty. As the Supreme Court said, 'We cannot conceive of any good reason that a competent criminal defense attorney could have to fail to object to such an egregious misstatement of the law.'

The Island Times article cited above says '.. the DA for Muscogee County has announced that she will retry the case despite Georgia Supreme Court saying the government evidence is very thin. Debelbot will be represented in the new trial pro bono by the top rated Civil Defense and Criminal Defense New York Attorney Earl Ward.'

If that Ward is the 'Earl S. Ward' described here, the prosecution will have a fight on its hands; and if Ward succeeds, his pro bono work may be followed by a big compensation fight - he 'secured a $6.7 million settlement for the widow of Israel Vasquez, who was wrongfully convicted and incarcerated for more than 12 years for a 1995 homicide he did not commit.' Twelve years: the same period Debelbot has spent in jail, so far; twelve of his wife's child-bearing years, of their potential family life together.
https://ecbawm.com/our-people/earl-s-ward/

Let's turn our eyes away from money and consider a legal system that negligently sics a jury onto the defendants with a wildly wrong definition of reasonable doubt, lets them be found guilty of murder on the basis of an autopsy and accompanying assertions of a single expert (that did not directly connect the alleged offence with the defendants), and brushes away expert witnesses for the defence at appeal.

Not everyone would expect to receive such sub-standard service from the justice system. Is money, or the lack of it, a factor? Any other factors? 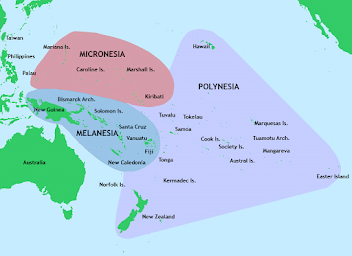