Forcing STEM initiatives through the Education meat grinder, by Paddington

A couple of decades ago, it finally dawned on the Powers That Be that society was becoming increasingly technological, and that we needed more people trained in the STEM areas (Science, Technology, Engineering and Mathematics), especially given the reduction in immigration of such experts.

This charge immediately caused many problems, even though the government didn't actually do much to help, and instead gave money to groups of Education faculty, who themselves didn't like or understand the necessary areas. All the latter could do was to try to force Mathematics departments at universities to go easier on students, which led to a generation of students unable to pass the higher-level Science and Engineering courses which require deep understanding of Mathematics to even discuss.

Then, there was the cultural problem, given that scientists have long been presented by the popular media as either boring men in lab coats, or dangerous sociopaths (the latter is only true for Chemists, in my experience). Add to that the distorted sense of 'independence' in the US, which all too often means disdain for any kind of expertise and gaining recognition is an uphill battle.

Then, there was university politics, which at my institution meant Psychologists (who already earned more and taught less than the Scientists) arguing that they should get extra funding as well, and others who wanted STEM to become STEAM, to include the ARTS. The Education College faculty even tried to convince us that the 'E' stood for them, rather than Engineering.

As it started to become apparent that recent graduates were more likely to get good-paying jobs if they had mastered a lot of Science and Mathematics, I started seeing claims that Liberal Arts degrees were better than STEM degrees because places like Google were looking for 'creative problem-solvers', with 'critical thinking skills'.

There are so many major errors in that line of thinking. Firstly, it is demonstrable that the average STEM major knows more in the Humanities than the average Liberal Arts major knows in the STEM areas. Secondly, such arguments are a very lazy use of the Excluded Middle, since an implicit assumption is that the STEM areas are not creative, and don't require critical thinking. In my experience, STEM experts are generally not welcomed in meetings precisely because they can see through the BS. As for creativity, I cannot imagine anything more creative than the solutions presented to life's problems by Engineers. It isn't as if they are just given plans by a higher power to implement.

As necessary as this move to emphasis on the STEM areas is, my lifetime of observation suggests that it is, at best, an underdog, and I would bet against it.

As I understand it you are writing from a university education perspective whereas my own tertiary education was 'on site' in the construction/engineering industry, as well as in specialist technical colleges. But it is the practical work where all the real learning is done.

You make the point that engineers are just as creative as 'arty' types and that is true. During the planning/construction work for the 2012 Olympics the 'arty' lighting designers could not work out the sequencing for the light show (individual lights at every seat) and it was the electricians on site who worked out the correct wiring much to the surprise of Danny Boyle. (There was a BBC programme about the story behind the staging of the olympics which included that little bit of information.)

I have done similar things myself on sites where the architect was unable to translate his 2D plans into 3D reality. Book learning can only give you the theory but that is little use in isolation without practical, hands on experience. I could cite lots of similar examples from almost six decades of working but that would be vainglorious of me!

I would actually like to hear more from Scientists and Engineers about their experiences, successes, and failures. As a rule, most of the brilliant ones that I have known are quite modest. Without them, all of those post-modernist thinkers would starve to death. 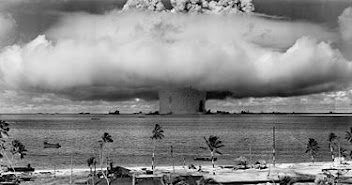