I'm picking up on an anonymous comment on conspiracy blog The Tap, in which the writer says they've noticed an increase in pram-pushers and it reminds them of an observation by Alan Watts that promiscuity increases before a major war.

I'm less sure about the cause - it may have more to do with a reaction to recession, possibly leading to more women deciding that in the absence of paid work it may be time to start or increase their family. But the ONS statistics do bear out the commenter's perception, and it seems not to be simply a quirk of demographics in his/her geographical area.

However, it's also not simply down to teenage mums - the average age of the mother is increasing (which could be because the births recorded are trending to more second or subsequent births).

The increase is also not merely in raw numbers (which one might expect as the total poulation grows) but also in births per 1,000 head of population. 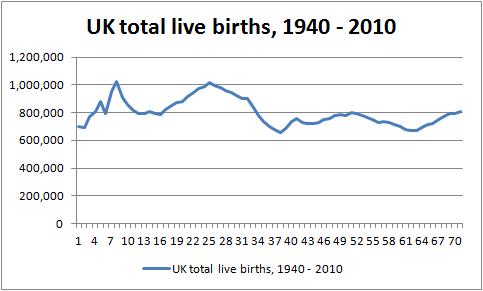 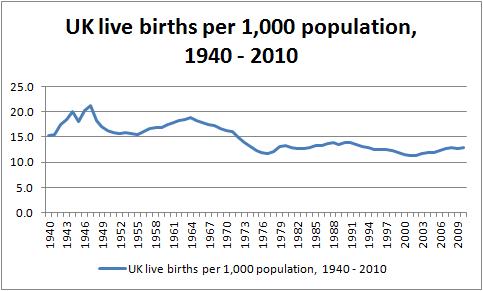 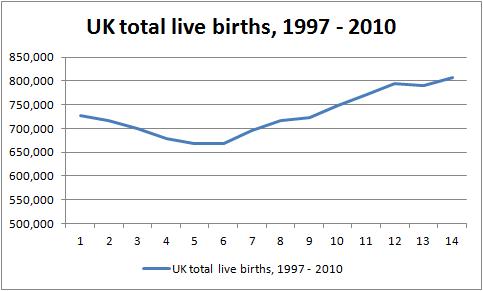 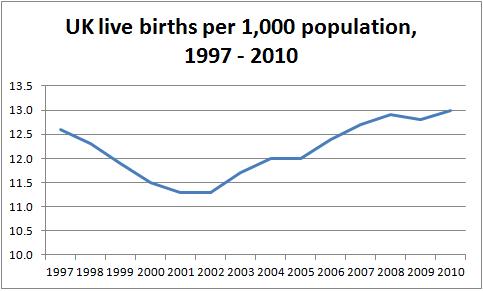 There are also the stats that fertility decreases with promiscuity, an issue someone brought up again over my way.