How Western civilisation will fall 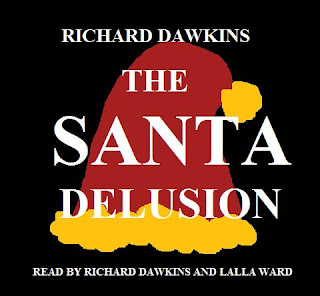 that's why it will fall, Sackers

as you perhaps recall, this I reckon is how

PS but I reckon history will quite rapidly be a lot less kind to the memory of C.Hitchens than his easily-impressed friends imagine

Fall of the West, and Germany: looks like the EU is such a disaster, and China so compromised by its trading relations with Europe and USA and its property bubble, that the dreaded Oriental takeover won't happen yet. And looks like some Russkies are dischuffed with Putin, hey?

Hitchens: I'm sorry for his illness, and I assume his philosophical and political positions were honestly held. Trouble is, there's too many intolerant dogmatists. A little humility and mutual respect all round would be most welcome. Samuel Johnson reported fairly that David Hume died bravely.

Happy New Year, to you and yours.

Hitchens in the end just another hack - but better than most in that he could express himself in prose that the average hack could never get near. That counts for a lot for me, anyway, as a lover of the English tongue. That said, CH it seems to me, in the end wanted to be Gore Vidal. But Gore got there first.

yes, I have no real beef against Hitchens and clearly he wrote very, very well and with some erudition - always a pleasure

but not such a rare commodity as all that: though style + erudition alone does not make for the complete genius

as you say, he conducted himself to Humean standards at the end, which is not to be despised either

but if that deserves sainthood there are very many unrecorded saints

the Chinese thing is very interesting: I am constantly amazed at how tentative they are, and so easily tripped up in their nervous foreign policy (e.g. Libya)

how they tolerate N.Korea is a sign of genuine weakness: what other super-power in history would ever have allowed that sort of nonsense to fester on its border?

but, as they say, the other guy always has a monkey on his back and in their case they probably have internal weaknesses that they are only too aware of

their onward march must have a long way to go but there will be hiccups along the way which, there being no political safety-valves, we may suppose could be bloody

as to Russia, the whole thing is an utter shambles; if (e.g.) the coming depression etc were to trash the price of raw materials the game is up for both the ambitions of Putin for Russia as a whole, and the (rather different) ambitions the Russian middle classes have developed

I therefore suspect it will be Russia that ensures the price of oil, at least, stays high - assuming the ME / Iran situation doesn't achieve that for them

Depends which Hitchens one has a beef with. The C variety was not a very bright specimen.

James - I didn't agree with some of his positions, but Chrsitopher Hitchens was quite bright.

His position wasn't, Paddington - that's why he lost that debate. ;-)