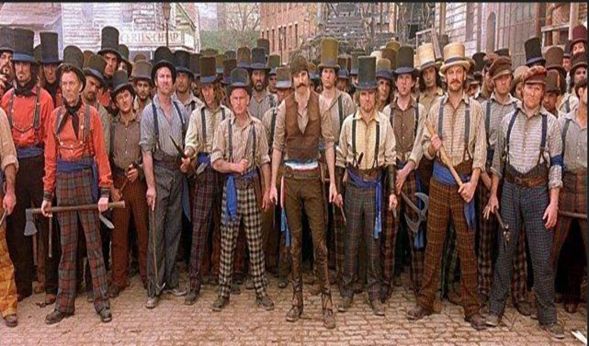 The what appears to be never ending knife crime murders in London and now spreading elsewhere are another of those serious issues seemingly pushed into a siding because no one wants to label any ethnic group something other than victims. Whatever has happened be it an individual or ethnic group there is always a ready made reason for their activities.

Certainly in my youth warring gangs who used razors or bicycle chains and knuckle dusters, how quaint all that sounds today, were dealt with by using the full force of the law, and it was all small scale. I cannot remember anyone standing up in court in those days, such as a social worker, and saying the perpetrators have mental problems , they come from a one parent upbringing, everyone who knows him as a lovely boy who would do anything for anyone,  and hacking someone's hand off is just letting off steam; but we are not far from that now.

Not enough youth clubs to keep these promising rappers and footballers occupied, and it is something we are going to have to live with, words not dissimilar to that of Mayor Khan about middle east terrorists.

This report from a junior doctor at a London hospital is bad enough in what it portrays. What is worse is the fact not once are the perpetrators described, yet only one group is carrying out the bulk of these attacks and they are black youths, gang members.

The report even tries to dilute the seriousness of what is going on by comparing murder rates from 2003, despite graphs showing the murder rate oscillates over time, but if the murder rate was higher then it has been reducing ever since and any upward movement in the figures today will be for one reason only, though that will never be admitted.

“I suspect this is part of a general increase in knife crime, although it’s entirely possible it’s been like this for a while. After all, even if last year’s 132 London murders made it the worst for almost a decade, things were far worse in the 90s and early 00s. In 2003 there were 204 murders — and there were almost two million fewer Londoners then — although, with better treatment now available, some of those would have survived in 2021.“

Reading that, you would think by reading things were not that bad at all as the rate is lower than 2003.  BAME gang members are now completely out of control. Our politically correct world has been and still is very careful to not mention the ethnicity of any perpetrators of these types of crime; using the wide term ‘Asian’ men for the mass raping of under age girls in numerous British cities was done so ‘as to not upset community cohesion’ - not that there was much cohesion as shown by the three teachers in Batley still in hiding for their lives over a drawing!

But this is different because it is at the moment black on black crime yet still the ethnicity is hidden in the press.

still manages not to mention the ethnicity and the police ask people ‘not to speculate.’ I don’t think they have to as this type of attack is now quite common in certain areas of London. What I believe from other reports in this case is the rival gang was Muslim; it is a Muslim area and the two groups are known to not have a lot of love for one another, so much for 'diversity is our strength', but that has and will not be mentioned either.

The problem is how do you stop it? The 'youth club and hugs' route a la Cameron is not likely to have any effect on youths who for what ever reason see no future and drugs and the selling of them give them more money than any average full time employment, that appeals to the largely uneducated members of these gangs as they can never see a better way to become wealthy, they have nothing else. That doesn’t excuse the moral vacuum that exists in these groups and the enormous absent father rate among them doesn’t exactly help either.

Numerous schemes have been tried in the past to reduce knife crime, all have failed; this latest initiative is sadly typical.

The regular knife amnesties of the past have all resulted in pictures of large amounts of weapons handed in, result nothing: anyone can get a knife of any type with little trouble, most homes have a broad selection, so amnesties are pointless apart from being seen to be doing something, as are age requirements on buying a knife. 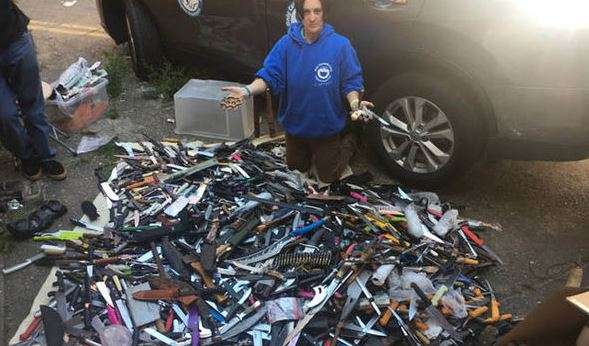 There are now dozens of videos like this on Youtube and other platforms, and some involve white gang members; the vast majority are however black or Asian/Muslim gangs.

The fact these attacks are happening in high streets and in broad daylight should have one believe this would be a priority with the police, yet the police no longer patrol in the way we used to see and and only appear after or during these events and they are not immune themselves from these attacks.

Stop and search is considered by many minority organisations a violation of human rights and unfairly targets these ethnic groups, which would be funny if it were not the fact they are the ones carrying out these knife crimes; and there seems to be a void in thinking by the authorities on how to tackle the problem, normally after one of their own is attacked the strategy changes to a more forceful pro active approach, but not this time. What is being planned to stamp on this Mad Max world is anyone's guess yet the same police have no trouble in denouncing hurtful words on social media and threatening prosecution; as with so much else in this mad world our priorities have gone out of the window.

You would like to believe that machete gangs raging down hospital corridors would give a wake up call to the Met or any other force faced with this barbaric criminality but all is quiet; as the report by the junior doctor says, it will take the death  of a medical staff member for anything to happen, yet even that I doubt.

This is from a trust set up in Haringey and now serves a broader area, to fight against knife crime and other issues within the BAME communities. At least they recognise that the problem is mainly within BAME gangs and related to drugs, and once more community projects are sighted as a way forward to help the youths involved find other outlets for their ‘talents.’ They claim success, yet this piece is from 2018 and the knife crime statistics just keep rising!

Another all-encompassing, well-meaning organisation trying to tie in all those disparate groups trying to make a difference falls at the first hurdle by again not mentioning who is creating the problem once in this over four minute video. Anyone from a another planet viewing this would assume it involves all of London's young males.

This year has seen a drop in the knife crime figures, that though is entirely due to the Coronavirus restrictions on movement and the reduction in opportunities to openly attack people. Now the restrictions have been lifted we will see if it is business as usual again.

What to do? It seems that this is one of those problems that at the coal face is not really solvable. I have no more ideas on how to stop knife crime than anyone else, even youth sentencing has no effect as misplaced allegiances to peer groups over rides all else, so for the time being feral mobs hunting down rival gang members on a high street near you seems to be likely to be with us for some time, unless the police start shooting them in large numbers.

The backdrop for all this violence is drugs. That also has been an unsolvable problem for decades, but the two run in tandem: without the drugs there would not be knife crime, certainly not on this scale; solve the first which is equally unlikely and the second will diminish.

In the meantime this now world wide problem which we have imported will simply carry on. Well-meaning do-gooders are wasting their time as the sums of money involved by those who profit from it all are enormous.

So despite all the above I fear little can be done. Crime, violence and drugs are  a world wide problem no one has managed to eliminate. In fact despite TV programs showing huge amounts of drugs seized there is no problem these days in getting anything you want: Operation This, Operation That, millions of pounds worth of drugs seized, it never stops the supply, as with those killed in the street wars there is always a ready replacement. Maybe Mayor Khan can’t do anything other than make sweeping statements, he’s good at that, it is a problem of our age. As far as the street violence is concerned, youths who can’t be bothered to get off their backside and work will turn to easy money and nothing these days is easier than drugs; a sea change in the mind set of these youths is all that will make a difference, but so many have tried and failed to create that. The lure of easy money when you have nothing to offer society and see no reason to bother creates a vicious circle that has been with us for decades, with drugs it has just become a much bigger problem.

Lord Carmont grasped the nettle in the 1950s and it worked.

Legalise drugs and make them freely available to all, via State run or licenced outlets. If there's no money in selling them on the streets then all these people running around stabbing each other won't have an income any more. Attack the economics of the behaviour, not the individuals themselves.

@Sobers - it is certainly worth a try. In North America, it might help to stabilize Mexico.

Sobers, I could not agree more, nothing else has worked and the problem grows, why the reticence to even try that way forward is hard to explain.

@wiggia - Because the people in charge are afraid that doing so will reduce their power, and show them that they have been doing the wrong thing for so long?

But have the ptb really tried at all? I think they gave up when they gave in over Mick Jagger. In this recent article by John Humphrys he lets slip the cliquey middle-class dinner-table puffery/snortery that means the BBC and news media were never going to oppose.